A bilingual anthology of reflections on Australia by Spanish and some Latin American writers who have visited in recent years.

An interview with Lilit about AILASA and the book.

Manzai comedian Naoki Matayoshi’s novella Spark (Hibana) became a bestselling phenomenon in Japan after it was published in March 2015 and awarded the Akutagawa Prize the same year. It is a moving and thoughtful novel about comedy, art and friendship, which has also been adapted as a Netflix series, film, manga and stage play. The story follows the fortunes of Tokunaga, a young man struggling to make a name for himself in traditional stand-up manzai comedy, and his relationship with the elder Kamiya. Under Kamiya’s guidance Tokunaga wrestles with what it means to explore the limits of creative expression, and the dilemmas of trying to achieve commercial success while pursuing his art.

Riku Onda won the 59th Mystery Writers of Japan Award for Best Novel with this book, which can be characterized as a genre-bending literary crime thriller. It begins in the 1960s when 17 people die of cyanide poisoning at a party given by the owners of a prominent medical family in a regional city on the coast of the Sea of Japan. A cryptic verse left at the scene is the only clue as to what might have happened, along with the physician’s bewitching blind daughter, Hisako, one of only two survivors. The plot is intricately constructed from a pastiche of different voices and texts—interviews, letters, newspaper articles, book extracts and so on—that contribute different perspectives on the crime and the central characters. It has been described as “an enigmatic and haunting crime novel” in a starred review by Publishers Weekly, reviewed in the print edition of The New York Times Book Review and selected as an Editor’s Choice for recommended books of the week, along with receiving many other positive reviews. Riku Onda is a multi-award winning author in several genres but this is the first full-length novel of hers to be translated into English.

Multi-award winner Australian author and artist Shaun Tan’s book Rules of Summer is a mesmerising story that perfectly captures the wonder and terror of the childhood dreamworld. This deceptively simple story through each exquisite illustration shows us the emotional landscape that is oddly familiar to us all. As you venture deep into the story, these poetic images become darker, more mysterious and unsettling, drawing towards a redemptive ending that affirms the depth of true friendship, a bond that is equally wonderful and inexplicable. Moments of humour, surreal fantasy, and the sometimes devastating ways we interact with the people we love the most, are presented in Shaun Tan’s typical thought-provoking style. Australia’s most acclaimed artist’s books including The Arrival, The Red Tree, Tales from Outer Suburbia and The Lost Thing have also been translated into Turkish and are highly praised by the Turkish audience.

A Shameful Life by Osamu Dazai. Translated from Japanese by Mark Gibeau.

Osamu Dazai is one of the most famous—and infamous—writers of 20th-century Japan. A Shameful Life (Ningen shikkaku) is his final published work and has become a bestselling classic for its depiction of the tortured struggle of a young man to survive in a world that he cannot comprehend. Paralleling the life and death of Dazai himself, the delicate weaving of fact and fiction remorselessly documents the increasingly debauched and isolated life of the protagonist-narrator, Yozo. His doomed love affairs, his suicide attempts, and his constant fear of having his true self exposed haunt each page, revealing a slow descent into madness. This new translation breathes life into one of modern Japan’s most powerful works. Winner of the University of Chicago’s Center for East Asian Studies’ 2018 William F. Sibley Memorial Subvention Award for Japanese Translation.

No Place to Lay One’s Head by Françoise Frenkel. Translated from French by Stephanie Smee.

Frenkel was a Polish Jewish woman who set up the first French-language bookstore in Berlin in 1921. As a lover of French literature and culture, it was her dream come true, but the dream ended with the rise of National Socialism, Kristallnacht and all the attendant horrors of the times. Frenkel finally abandoned her bookstore and returned to Paris, no longer able to rejoin her family in Poland. But she was soon forced to flee Paris, too, just weeks ahead of the German invasion and occupation of that city. This is her memoir, written in 1945 in the raw aftermath of her attempts to escape to safety over the Alps to Switzerland after years on the run and in hiding, moving from one place to another, relying on the kindness of others in a bid to avoid certain deportation. With a preface by Nobel laureate, Patrick Modiano, it offers readers an astonishing insight into French society in the Vichy years. This is the first English translation of Frenkel’s work after its discovery and republication by Gallimard in 2015.

Swann in Love by Marcel Proust. Translated from French by Brian Nelson.

Swann in Love is part of Proust’s monumental masterpiece In Search of Lost Time, and it is also a captivating self-contained story. This new translation encapsulates the qualities that have secured Proust’s reputation, and serves as a perfect introduction to his writing.

The Last Varlamis by Thanasis Valtinos. Translated from Greek with an Introduction and Notes by Stathis Gauntlett.

The Last Varlamis is an entertaining and richly nuanced tale of opportunism, lust, brutality and artistic creativity spun upon the frame of selected scenes of modern Greek history. While the narrative affects the sobriety of scholarly discourse, it violates the basic tenets of historiography with varying degrees of subtlety, as if to strike a blow for the recognition of historical memory as a function of the creative imagination.

Bringing It All Back Home by Nicola Lagioia. Translated from Italian by Brigid Maher.

Giuseppe has red hair, pimples, and an inexhaustible reserve of money in his wallet. Vincenzo is good looking and serious, like any respectable adversary. The third friend is the one telling the story: with caustic precision, this restless narrator records dizzying teenage discoveries, the lazy inertia of the high school years, and the plunge into adulthood. The city is Bari in southern Italy, the time, the 1980s. The era of ideologies has been killed off—the streets are full of optimism; commercial television channels are recalibrating people’s desires and aspirations; “something akin to a storm front of madness” is running through Italy’s economy.

Tears in Rain by Rosa Montero. Translated from Spanish by Lilit Zekulin Thwaites.

Death is inevitable. Especially when you have an expiration date… As a replicant, or “techno-human,” Detective Bruna Husky knows two things: humans bioengineered her to perform dangerous, undesirable tasks; and she has just ten years on the United States of Earth before her body automatically self-destructs. But with “anti-techno” rage on the rise and a rash of premature deaths striking her fellow replicants, she may have even less time than she originally thought. Selected as one of World Literature Today‘s 75 Notable Translations for 2012.

The Last Wish Woman by Javier Correa. Translated from Spanish by Kieran Tapsell.

A novel set in one of Colombia’s eternal civil wars. There are no heroes in this novel, only soldiers, hookers, guerrillas and priests: characters in a big picture where, in the end, everyone loses. Yet this is not a depressing book because it is laced with the rich black humour that seems to spring from places in conflict. 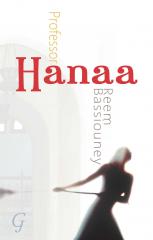 This novel portrays the story of an independent Egyptian woman who with time finds herself confronting the chauvinistic pressures of a male-dominated society. A successful university professor, the advent of her birthday brings about the realization that she is perceived as an embittered 40-year-old spinster. The story thus unfolds as a forceful commentary on gender and power relations in both academia and the Arab World. Nominated for the Banipal Prize for Arabic Literary Translation, 2012.

The Tale of the Heike. Translated from Japanese by Royall Tyler.

This anonymous epic, in the Kakuichi version dated 1371, stands beside The Tale of Genji as a pillar of Japanese literature and a source of inspiration for centuries of writers, dramatists and artists. Lavishly illustrated and accompanied by maps, character guides and genealogies, this book is a volume to treasure.

Pythagoras and the Early Pythagoreans by Leonid Zhmud. Translated from Russian by Kevin Windle & Rosh Ireland.

A comprehensive study of Pythagoras and the early Pythagorean philosophers, scientists and doctors through an analysis of different representations of the Teacher and his followers. The book explores political, institutional, religious, philosophical and scientific aspects of early Pythagoreanism.

Aesthetics and Creation by Gao Xingjian. Translated from Chinese by Mabel Lee.

In this work Nobel Laureate Gao Xingjian discusses the rationale and techniques involved in his path-breaking innovations across various genres, and demonstrates the extent to which his creations are informed by his close interrogation of both Chinese and European cultural traditions and practices. Includes an informative introduction by the translator.

Erebos by Ursula Poznanski. Translated from German by Judith Pattinson.

A young adult thriller about power, manipulation and revenge. Nick is given a sinister but brilliant computer game called Erebos. The game is highly addictive, but asks its players to carry out actions in the real world in order to keep playing online. As Nick loses friends and all sense of right and wrong in the real world, he gains power and advances towards his online goal. But how far will Nick go to achieve his goal? And what does Erebos really want?

Of Jewish Race by Renzo Modiano. Translated from Italian by Susan Walker and Mirna Cicioni.

“Of Jewish race” is the red annotation on the second-grade school report of Roman boy Renzo Modiano in June 1943. Three months later, as the Germans occupied northern and central Italy, Renzo was forced to leave his family and hide in different parts of Italy until June 1945. This plainly-told, moving memoir recounts his experiences of cold, hunger, fear and betrayal as well as solidarity, warm friendships and unexpected help from strangers.

Cities of Salt is the epic tale of both sedentary and nomadic tribes suddenly confronted by the advent of oil empires, and annihilated by the cataclysm that ensued. The author narrates bluntly, with the verve of a seasoned storyteller, the astonishment, the anger, the rebellion, but also the submission, the betrayal, the fragility, and often the naivety of heroes of sand and salt whose fate failed to perturb the foreign invaders or the governments in their pay.